Georgia Tech Ph.D. candidate Chinar Patil is the winner of the ScienceMatters Episode 7 quiz. Unlike most podcast consumers, Patil reads the transcripts, while getting coffee in the morning. "It's a good way to start the day," he says.

ScienceMatters is a great way for "the Georgia Tech community to see what others are doing," Patil says. "We are all specialists in our fields, but it is useful to read or hear about other work in laymen's terms."

Patil hails from the city of Nashik, in the state of Maharastra, in India. He came to Georgia Tech as a Ph.D. student in 2012. He will defend his thesis, and hopes to be a Ph.D. graduate, in December.

Patil has been working with Todd Streelman, who is a professor in and the chair of the School of Biological Sciences. Streelman's research uses cichlid fish from Lake Malawi to study the relationship between genotype and phenotype in wild vertebrates. The lake is known as the site of evolutionary radiations among certain groups of animals, including cichlid fish.The Streelman Lab has pioneered genomic and molecular biology approaches in this natural system to solve problems that are difficult to address using traditional model organisms.

In Streelman's lab, Patil has been studying the evolutionary genomics of cichlid fish from Lake Malawi. "I sequence genomes from various cichlid species and try to understand the genetic basis of the differences between species and make some inferences about their evolutionary history," he says.

The Episode 7 quiz question: What is the name of the song that Jennifer Leavey says sounds like a love song but is actually about bacteria living together in biofilms?

The answer: Stuck on You

Episode 8 of ScienceMatters is out this week. "When People Age and Memory Fails" stars Audrey Duarte, associate professor in the School of Psychology.

If you would like to join the ScienceMatters Hall of Fame, enter the answer to this question: According to Episode 8, what brain waves are associated with deep states of sleep?

Submit your answer by 11 a.m. Monday, October 15, at sciencematters.gatech.edu. 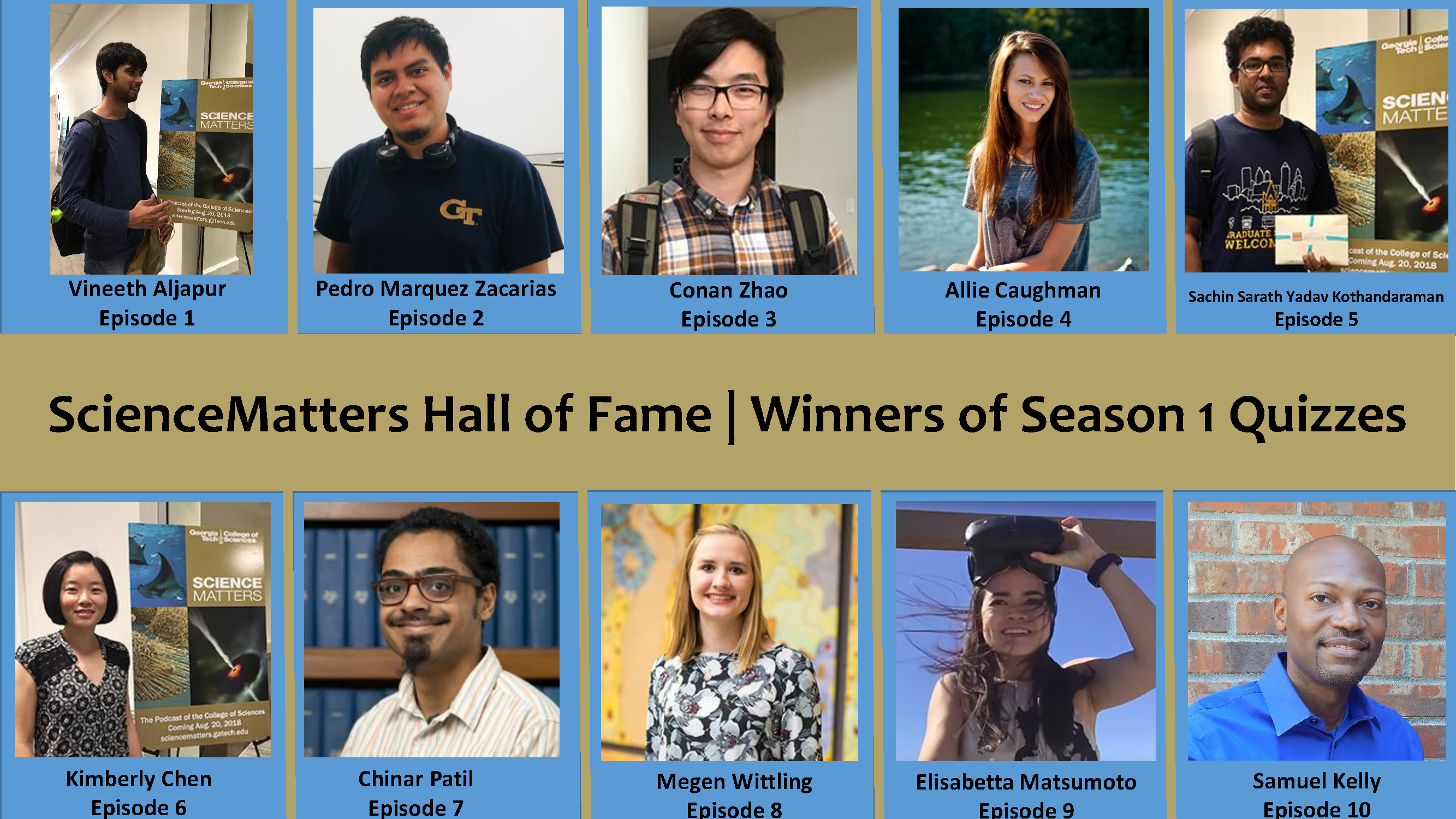