Mathematical Mysteries of the Periodic Table

A Frontiers in Science Lecture to celebrate 2019, the International Year of the Periodic Table

Why do atoms behave the way they do?   Why do electrons form “shells,” as seen in the periodic table?

It took many years to solve these mysteries, and a lot of detective work in chemistry, physics, and ultimately – once the relevant laws of physics were known – mathematics.

Other mysteries remain unsolved, like the mass of the heaviest possible element. This talk will give a quick tour of these puzzles and some of the answers.

About the Speaker
John Baez is a professor of mathematics at the University of California, Riverside, who also works at the Centre for Quantum Technologies, in Singapore. His Internet column “This Week’s Finds” dates back to 1993 and is sometimes called the world’s first blog.

Baez used to work on quantum gravity and pure mathematics. In 2010, concerned about climate change and the future of the planet, he switched to working on a general theory of networks that appear in human-engineered and biological systems.

About Frontiers in Science Lectures
Lectures in this series are intended to inform, engage, and inspire students, faculty, staff, and the public on developments, breakthroughs, and topics of general interest in the sciences and mathematics. Lecturers tailor their talks for nonexpert audiences.

About the Periodic Table Frontiers in Science Lecture Series
Throughout 2019, the College of Sciences will bring prominent researchers from Georgia Tech and beyond to expound on little-discussed aspects of chemical elements:

Refreshments are served, and periodic table t-shirts are given away, after every lecture

Fee(s):
Free and open to the public 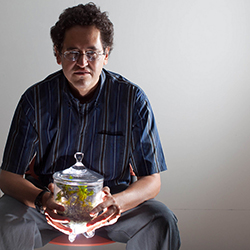 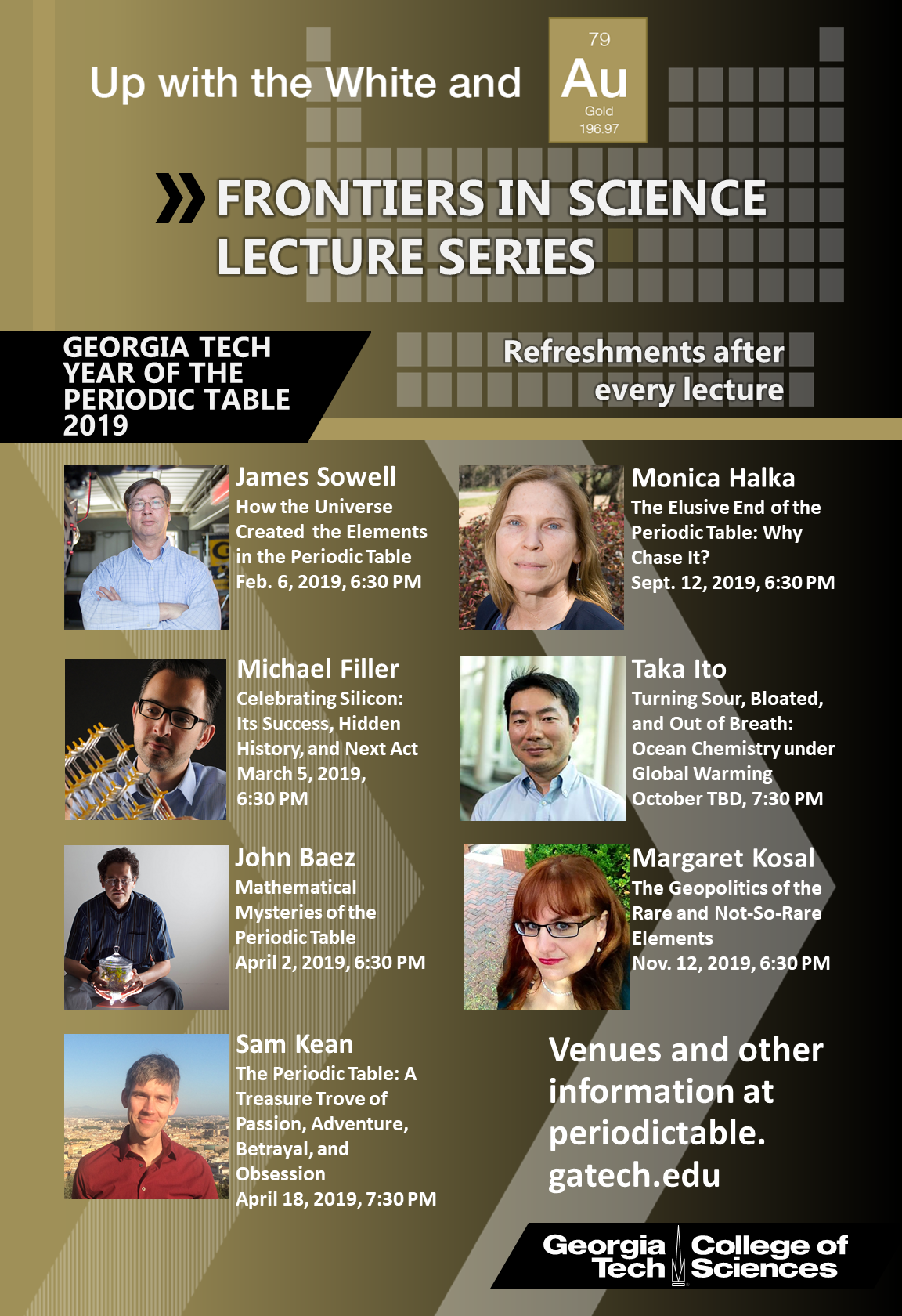