Researcher’s “long-term impact on studying nitrogen cycles and energy flow” in the world’s seas, plus dedication to diversity and outreach, win kudos from CAS

Joseph Montoya, professor in the School of Biological Sciences and director of the Ocean Science and Engineering interdisciplinary graduate program, is one of 11 new Academy Fellows in the California Academy of Sciences (CAS), based in San Francisco.

The Fellows are a governing group of more than 450 distinguished scientists and other leaders who have made notable contributions to scientific research, education, and communication, according to the CAS: “Nominated by their colleagues and selected by the CAS Board of Trustees, the Academy Fellows are partners and collaborators in the pursuit of the Academy’s mission to regenerate the natural world through science, learning, and collaboration.”

“This was quite a surprise to me, and a really welcome connection with the CAS, which I came to know well as a student across the bay at (the University of California at) Berkeley,” Montoya said. “I was of course deeply honored to be named a CAS Fellow.”

“On behalf of the School of Biological Sciences, I congratulate Joe on his selection as a Fellow of the California Academy of Sciences,” said Todd Streelman, professor and chair of the School of Biological Sciences. “The Academy recognized Joe’s long-term impact in studying nitrogen cycles and energy flow in the world’s seas and rivers. We’re thrilled that the Academy has shone a spotlight on Joe and his lab group’s work.”

Montoya is a biological oceanographer with research interests at the interface of biology and geochemistry. His lab specializes in studies of the marine nitrogen cycle, using a combination of direct rate measurements and stable isotope natural abundance methods to explore the role of biological dinitrogen (N2) fixation in structuring the flow of nitrogen and energy through planktonic ecosystems. The metabolic capability to use atmospheric nitrogen to support biological production plays a key role in supporting diverse ecosystems in many offshore and coastal waters.

“I’m excited at the chance to interact with old and new colleagues studying the marine nitrogen cycle who are also CAS Fellows,” Montoya said. “The CAS will give us new opportunities for developing collaborations and sharing our work with the public, as well as with other scientists.”

The Montoya Lab has also been deeply involved in studies of the impact of the Deepwater Horizon oil spill on offshore ecosystems of the Gulf of Mexico. His group’s research program is highly interdisciplinary, incorporating work in plankton biology, marine chemistry, and isotope biogeochemistry both at sea and in the lab.

Streelman also noted how the CAS highlighted Montoya’s work in diversity, equity, and inclusion, citing Montoya’s strong interest in education and outreach, and role as a founding member of the Georgia Tech College of Sciences Diversity, Equity, and Inclusion Council.

“I firmly believe that we have a duty as scientists and educators to share our work broadly and to ensure that our scientific community is open, welcoming, and supportive,” Montoya said. 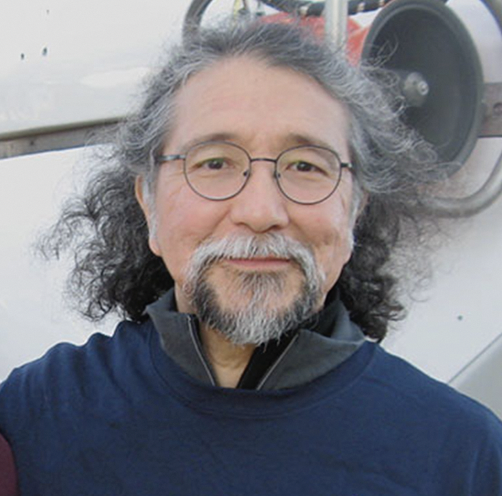