Researchers Team Up for Microbial Dynamics and Infection

Georgia Tech scientists with expertise in microbial chemical ecology, evolution, and quantitative modeling have formed the Center for Microbial Dynamics and Infection. The center will investigate the mechanisms and consequences of microbial community dynamics in the environment and during infection. Researchers will study how microbe-microbe and microbe-host interactions are shaped by the environment and how they affect human health and ecosystem services.

“Georgia Tech has one of the nation’s strongest collection of faculty interested in understanding how microbial communities assemble and function,” says the center’s director, Marvin Whiteley, a professor in the School of Biological Sciences. “We will focus on acute societal problems, including antibiotic resistance, the onset of infection and disease, and altered biogeochemical cycles and environmental function under global change.”

Many of the most widespread chronic health problems in the U.S. – including allergies, asthma, and obesity – have been linked to an imbalance in the body’s native microbial flora. How these imbalances affect health remain largely unknown and may be the result of complex interactions between microbes. The center aims to understand these interactions.

The growing recognition that microbial communities – or microbiomes – play key roles in human health has given rise to many microbiome research centers in the U.S. “None has a goal of manipulating communities to control functional outcomes,” says Frank Stewart, the center’s associate director and an associate professor in the School of Biological Sciences.

Whiteley and Stewart are members of the Parker H. Petit Institute for Bioengineering and Bioscience.

“Our goal is to optimize the balance of interacting species to bring about positive ecological outcomes,” Stewart says. Examples of functional outcomes are breakdown of potentially harmful waste products in natural and engineered ecosystems and production of microbial chemical cocktails that serve as an animal’s defense against disease-causing bacteria.

Center members already are collaborating with other researchers in the Atlanta area. For example, Stewart’s team has partnered with Georgia Aquarium to examine microbe-fish-health relationships. Whiteley is associate director of the Emory-Children’s Center for Cystic Fibrosis and Airways Disease Research.

The immediate goals are “to synergize microbial sciences on campus and provide a focal point for outreach to the Atlanta community,” Whiteley says. “Then we will leverage this expertise to develop a comprehensive framework for addressing microbe-driven problems facing humanity.”

The center accentuates the “tremendous momentum for microbial sciences at Georgia Tech,” Whiteley says. “The next few years will be a lot of fun.” 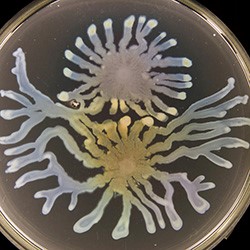 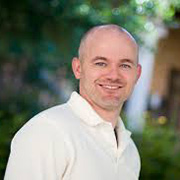 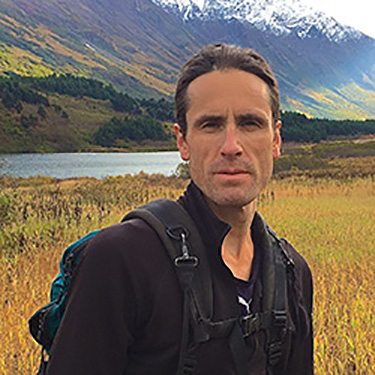