Ryanodine receptors (RyRs) are intracellular ion channels that mediate the release of calcium from intracellular stores. RyR1 and RyR2 are the predominate isoforms in skeletal and cardiac muscle, respectively where they play a central role in excitation-contraction coupling. RyRs are the largest known ion channels and are regulated by a multitude of endogenous effectors including ions, small molecules, and accessory proteins. An area of interest is the regulation of these channels by endogenous effectors, especially as it relates to altered contractile function associated with cardiac ischemia, skeletal muscle fatigue and aging.

Because of their central role in cellular calcium regulation, defects in RyR channels can lead to potentially fatal disorders. Mutations in RyR1 give rise to the pharmacogenetic skeletal muscle disorder, malignant hyperthermia (MH). RyR2 mutations have been identified in catecholaminergic polymorphic ventricular tachycardia. We are interested in determining the molecular mechanisms by which these mutations alter RyR channel function.

We analyze channel function on multiples levels of organization. Sarcoplasmic reticulum vesicle [3H]ryanodine binding is used to examine large populations of channels. We incorporate channels into artificial lipid bilayers in order to record single channel currents and assess channel kinetics. Calcium release from permeabilized muscle fibers provides a method of examining RyR function in situ. My research has two long-range goals. The first is to understand how intracellular calcium is regulated and how alterations in the regulation effects cell function. The second goal is to understand the RyR regulatory sites that might be exploited for the development of pharmacological compounds to treat disorders of cellular calcium regulation. 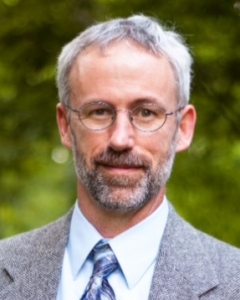